Lots has happened since I wrote that last post. Lots and lots.

I did the ironman. I loved every minute. It proved to me I was born to run (and not necessarily swim or cycle!!). Just kiddin' really..... I enjoyed the swim but wasn't too happy on the bike. But the run...wow....loved every bloody minute. I'm delighted at being able to run a 3:30 (apparently hilly) marathon at the end of an ironman. I'll be forever proud of that alone....I blogged about it over at Team Geared Up so I won't go into it here.

Trouble was, tend days later I felt unwell. Two days after that, when the pain became severe, I saw my doctor. Three days after that I collpased in A&E and was hospitalised. They initially thought it was meninigitis so lots of alarm bells ringing then but they kept saying there was other symptoms not matching the meningitis diagnosis. Anyway things got worse in hospital. They did a lumbar puncture and said I had meningitis, so I was isolated and people wore masks etc. if they came into my room. After a LOT more tests they said I had contracted leptospirosis from the ironman swim and that I also had pneumonia too. They did one of those camera-down-the-throat tests which I was more scared of than the lumbar puncture!! Anyway 2 weeks and 3 life threatening illnesses later, I was eventually allowed go home (that was a week ago). Happy days, hospital was killing me....I have no energy and can't quite run yet but it gets better by the day.
The whole thing has shaken me a bit. You don't imagine something is going to happen in any given day that will stop you in your tracks. What started as a bad headache and developed into the worst pain I've ever felt, could've ended differently. :-)

I started a new job today, well it was a training day. It's in retail and the store opens for real on Monday. It's a whole new direction for me.....I've only ever worked in Architectural/ Construction jobs so all is new (and considerably less well paid)!! But it's a new start and I'm really positive about the whole experience. I'm learning lots of new stuff....
Posted by aquaasho at 8:25 PM 141 comments:

I'm off to Switzerland tomorrow for the European Masters Mountain Running Champs. I have 4 million things to do today which include a 2 hour spin on the bike (did an hour and half swimming already today!!) so I better get going. I'm almost afraid to go out on the bike today, it's so windy....

In two weeks it'll be the same again as I'm off to Germany for the European Mountain Running Champs. At least it's not Switzerland again....less temptation to buy chocolate....I reckon....
Posted by aquaasho at 8:38 AM 17 comments:

Well I got through the Aquathon. It was far from pretty and it was far from fast. It was quite stressful and before the start I just wanted to run away with fear and cry. I wrote an account over at Team Geared Up. If I didn't have a coach I'd have pulled out of this Ironman thing by now! It's so scary and hard.

Meanwhile Tony is in China doing the Gobi march. He's on Day 6 now which is a rest day after a gruelling 80 kilometre stage yesterday. Tomorrow is just a final dash of 10k and hopefully he'll be able to ring me as soon as he's finished. Although we've been able to email competitors they obviously can't communicate with us. The team has an excellent blog here.

Tony's doing fine and I'm just hoping he's enjoying it. It would be like him to enjoy it the tougher it got. Tony wouldn't feel like he'd participated in anything serious unless it was savage hard!
Posted by aquaasho at 1:31 PM 12 comments:

The swimming continues. For my endurance swims I'm up to 750m. So I had my first sea swim today and was surprised at how it went. I didn't seem to mind the cold, though today wasn't particularly cold so that probably explains that. Swallowing sea water was a pain in the arse though. What was going wrong was the fact that I kept panicing, for reasons unknown to me, and stopping and standing up. I have no idea why. I couldn't swim further than a few metres without stopping. Other annoying things include my goggles letting in water the whole time. God only knows what's gonna happen at tomorrow night's Aquathon I've entered but I'm hoping that in a situation where I HAVE to swim that I'll just get on with it. Here's hoping I can complete the 750m. Otherwise I'll be gutted.
On the positive side apparently I was swimming in a straight line and that's good.
Posted by aquaasho at 6:39 PM 6 comments:

Training goes on and on and on....

Well I achieved my first goal of swimming 400 metres in a month last Friday. All thanks to Peter from PB Coaching. Swimming every day has been tiring, mostly because it involves getting up at 6am but I can always go to bed early to make up for it, which is exactly what I've been doing since acquiring a cold. :-(
The only reason I'm able to train for this ironman is simply because I've given up work. I don't know how someone could train this hard and hold down a job. I know fostering kids is a job too, and a stressful one recently at that, but I still have time now that they're at school to get training done. My day is usually like this; swim at 6am, return home by 8am, kids to school at 9am and then either cycling or running till they get home. Blogging, shopping, cooking, racing and everything else gets fitted in around all that!
Tony heads off to China next week for his big run across the desert so hopefully I'll be able to fit all my training in with him gone.
The foster kids will be with us a year in July and we're trying to think of a good way to mark that milestone. Any ideas?
Posted by aquaasho at 4:44 PM 8 comments: 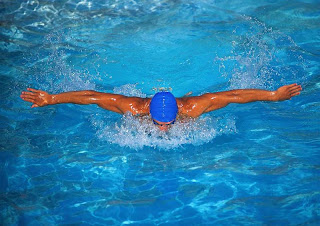 Well I'm continuing with the swimming. The kids being off this week has meant getting up at 6am to swim before Tony goes to work. This has left me knackered because I'm not going to bed early to make up for it.

I have improved but I'm unsure if I'm on track with the deadlines I've set: 400 metres in 4 weeks. I've enlisted the help of a triathlon/ swim coach and I'm meeting him for the second time on Tuesday. He's going to make me up a training programme for the ironman suited to my strengths and weaknesses i.e. lots of swimming and probably winging the other stuff for the time being!! Like he said, it won't be pretty, I'm not looking to break any records, just to complete it. I've already agreed if he thinks it's not do-able I will scrap the idea and continue training, but for one next year.
I won't be wallowing in disappointement; if it doesn't happen I'll pick an Autumn marathon or maybe even an adventure race and try learn new skills. 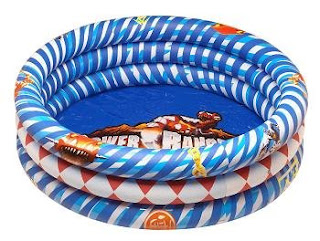 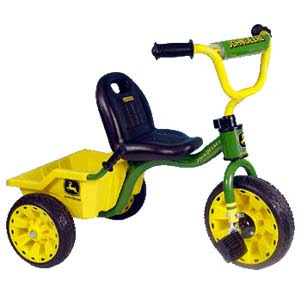 I met a swim coach early on Wednesday morning so that he could assess how my swimming is. Last January I secretly (!) entered for an ironman but always knew my swimming would be completely starting from scratch. Before the marathon I kept up basic swim lessons just to learn to swim the strokes properly. I always knew it would be after the marathon that I would decide fully if I was gonna go ahead with the training. So I met the coach and after a few minutes he said he was 70 per cent sure I could attempt the ironman in 4 months. They sounded like good odds to me. After the hour he reckoned if I could swim 400 metres in 4 weeks I would be capable of continuing with the ironman training. That sounds like a plan to me. So I will give that a shot. My technique aopparently isn't too bad but my biggest problem is the breathing. I can't get it right. I swallow tonnes of water. I panic and keep my head up or if anything upsets me in the water I stop. I can just about make a 25 meter length without stopping. But one length is it...... It doesn't sound good does it? But I'll give the 4 weeks a shot. I'll try and swim almost every single day and see if I can do it. Hopefully I can keep up a little cycling and running too. ;-)
If it doesn't work out I will go for it again next year.
Posted by aquaasho at 7:47 PM 10 comments:

This is a Flickr badge showing photos in a set called badge. Make your own badge here.